Repetitive closing of circuit breakers can be hazardous to your health

I was recently reading through an electrician’s forum on the internet. I noticed a contributed post which told of an engineer injured when he reset a 480-volt molded case breaker. The breaker was mounted inside a switchgear and was operated through a mechanical linkage. The engineer reset and closed-in the breaker several times before it finally exploded – blowing the metal cover off the switchgear and breaking the engineer’s wrist in the process. 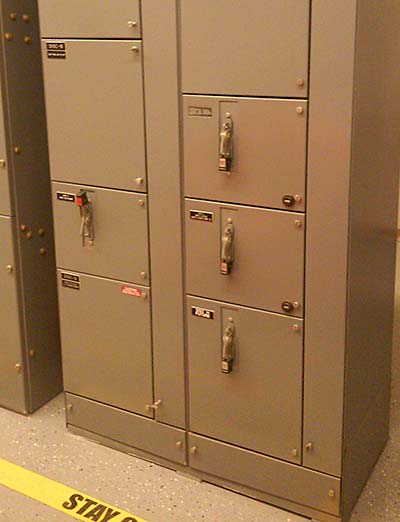 What does OSHA say about the danger of closing breakers?

OSHA fully recognizes the danger of closing breakers into a fault condition and clearly prohibits the practice in article 1910.334(b)(2), which states “after a circuit is de-energized by a circuit protective device, the circuit may not be manually reenergized until it has been determined that the equipment and circuit can be safely energized. The repetitive manual reclosing of circuit breakers or re-energizing circuits through replaced fuses is prohibited”. NFPA 70E article 130.6(M) offers similar guidance.

Prior to reclosing a breaker or replacing a blown fuse, electrical workers must have the know-how to determine the cause. They need to ensure that there are not any grounded conductors by using a megohm meter (megger), or at a minimum, performing a continuity test between all phases and ground. Low resistance readings indicate that there is a ground in the circuit. The ground must be repaired prior to energizing to avoid any dangerous failures.

During your weekly safety talk explain the hazards associated with closing breakers or changing fuses without first determining the cause of the trip. Repetitive cycling of an overcurrent protective device should be prohibited by your electrical safety procedure. Provide your staff with the test equipment necessary to find short-circuits. Train them to use the equipment properly and understand the precautions needed to operate it safely.

Sign up for our free weekly Safety Tips and receive one weekly, right to your inbox!